Switch To A Different Campus

Nestled just north of Houston on Highway 59 is the city of ‘Fresh Beginnings’, Cleveland, Texas. The community radiates a Texas hometown
experience and is the perfect home for businesses seeking their own Fresh Beginning.  Cleveland began forming in 1878 when
Charles Lander Cleveland, a local judge, donated 63.6 acres of land to the Houston East & West Texas Railway for use as a stop,
requesting that the town be named for him. Since 1900 Cleveland has served as the junction of this line and the Gulf, Colorado and
Santa Fe Railroad. The town was incorporated in 1935.

The forests around Cleveland, including Sam Houston National Forest, which is located just to its north, are a resort for many residents
of the Houston area.  People come from Houston to camp, hike, hunt, and fish.  Downtown Cleveland hosts an annual livestock show
and rodeo, Dairy Days, and several other festivals and events.

Whether you’re looking for breathtaking brushes with nature or good old-fashioned fun, Cleveland, Texas has it all. This part of the Lone Star State
boasts beautiful forests and placid lakes and ponds that provide much-needed refreshment during the summer months, as well as amazing
escapes during spring and fall. In addition to its natural appeal, Cleveland offers a diverse culinary scene with plenty of cozy restaurants ideal for
meeting old friends and making new ones.

Cleveland is just a few miles from the eastern trailhead of Texas’ longest wilderness footpath, the Lone Star Hiking Trail. Running for about 129 miles
through the Sam Houston National Forest, the path provides a stunning venue for a truly epic adventure. There are five access points and the
trail is rated as moderate difficulty, making it a tough but rewarding trek for most classes of hikers.

Cleveland is also just a short drive from The Retreat at Artesian Lakes. This rustic-chic getaway on the edge of the Texas Big Thicket National Preserve
puts you right in the middle of nature just like any campground, but with luxe lodgings to come home to at the end of the day. Swimming, canoeing,
fishing, hiking, and horseback riding are all popular activities in this wooded preserve.

Foodies love Cleveland!   You’ll find all sorts of delicious dishes in Cleveland that you can sink your teeth in to.  From juicy steaks and savory crawfish to
flavorful enchiladas and palate-pleasing pizzas and barbecue, Cleveland has it all.  Not only is Cleveland filled with dining options, many of its restaurants
are locally owned, giving you the chance to truly eat like a local.

Step back in time at one the most historic movie theatres in Texas.  Locals and visitors alike have been coming to the Texan Theater since 1939 to
see the stars of the silver screen. That tradition continues to this very day, as the only movie theater in Cleveland that still screens new releases of
movies while also offering affordable concessions at its convenient location in downtown Cleveland.

Cleveland Independent School District is located about 30 minutes north of downtown Houston, the fourth largest city in America.
We are considered part of the greater Houston Metroplex.  Houston is home to more than 6.9 million people and 100 different nationalities.
As a result, Houston was recently named the Coolest City in America by Forbes Magazine. Houston is also the number 1 Job Creating City in
America and 26 Fortune 500 companies, and that makes Houston a desirable location to live. 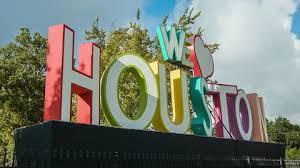 Life in Houston Texas is a unique blend of Texas traditions and a more modern city lifestyle.
What makes Houston an ideal place to live are all the various places to go and things to see
and do, many of which you won’t find in other cities.  Museumfans can walk to different
sections and visit up to 19 museums within a twelve block radius. Houston is one of the
only cities in America with four professional sportsteams.  For a reasonable fee, you can
cheer on the Houston Rockets in the NBA, the Houston Texans in the NFL, The Houston 2017 MLB World Series winner,
Houston Astros, or the Houston Dynamo!

Don’t forget about the Houston Livestock Show and Rodeo, the largest rodeo in the world!  Twenty days of concerts, rodeo and
fun!  For those who enjoy the beach, Houston is less than an hour from Galveston beaches and
the Gulf of Mexico.  Did 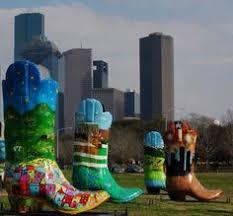 you know, more than 2 million passengers departed on their cruise
vacation from Galveston this year?